When three tonnes of oysters were stolen from French shellfish farmer Christophe Guinot, he found a solution: planting secret notes inside oyster shells to help police track down thieves.

Since Guinot put the method in place in 2016, he says there have been no new oyster thefts on his farm. “It has had a dissuasive effect,” said the 60-year-old, from Leucate in southern France.

“Oysters are lucrative: at the celebrated Chez Francoise restaurant in central Paris, a dish of six high-grade oysters costs 24 euros ($27). Demand is highest over festive periods, also the busiest time for thieves.

Guinot farms oysters in a coastal lagoon near France’s border with Spain. The shellfish are reared in cages, attached by wires to a metal frame that stops them drifting away. Thieves take a boat out to the cages and pluck them from the water. 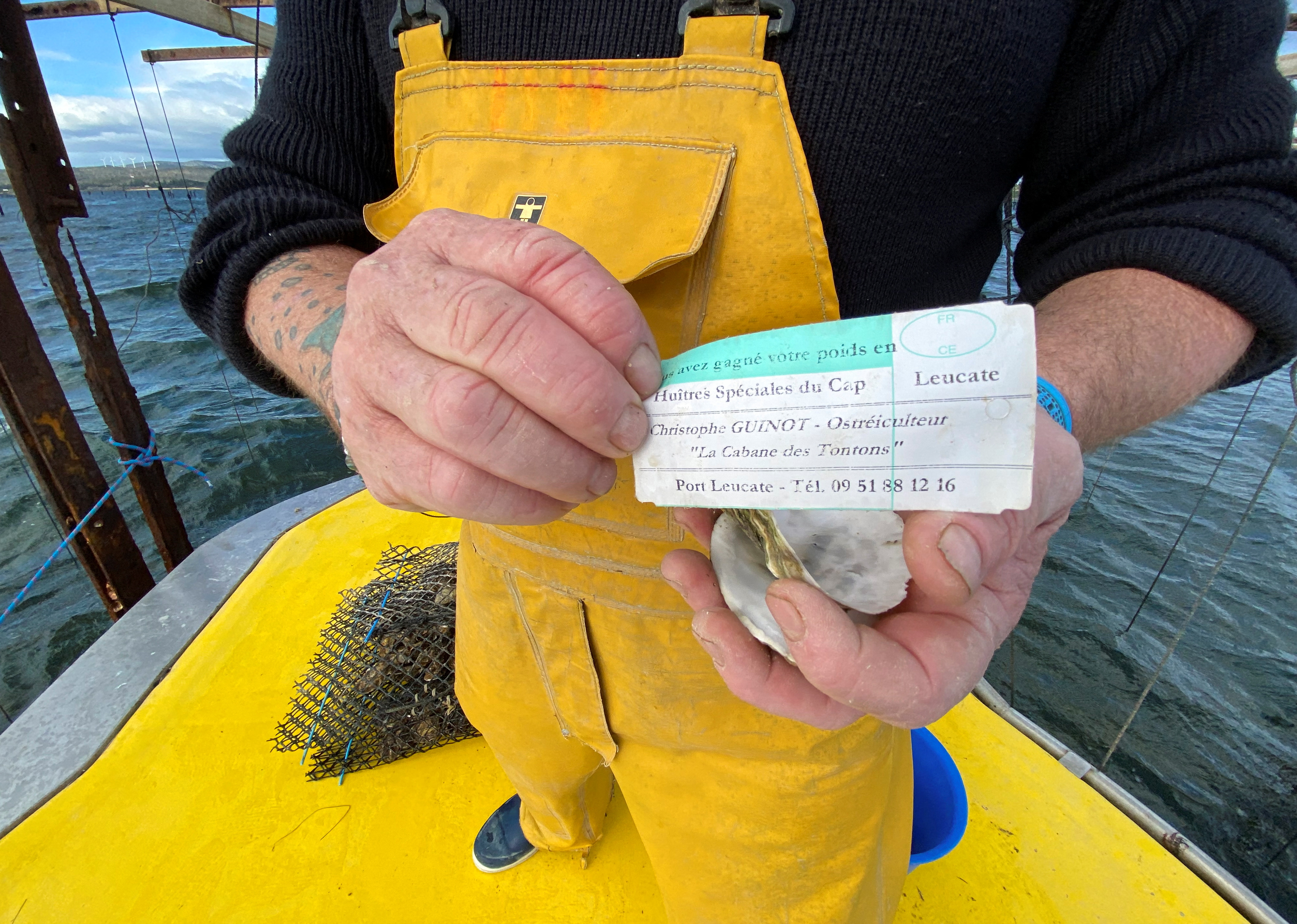 Guinot’s solution: take an empty oyster shell, insert a tiny rolled-up note, glue the shell back together and drop it into the cage. The note tells whoever opens the shell that they have won their own weight in oysters, and invites them to call to claim their prize.

Anyone claiming their prize could be asked where they bought the oysters, and if it was not from somewhere that Guinot supplies, he could set the police on the trail of the thieves.

Fellow producers from the area followed his example and also planted notes among their oysters. So far no one has claimed the prize from Guinot himself, though some had been claimed from neighbouring farms, he said. In at least some cases, the prizewinners had been sold stolen oysters, and police were alerted.”

Word has spread and appears to have created a deterrent effect: after 19 oyster thefts in the area in 2017, there were none in 2020, according to the French Ministry of the Interior.