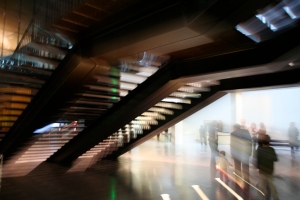 The Centre for European Legal Studies at the University of Exeter, in conjunction with the Irish Centre for European Law, is holding a free one-day workshop on ‘Precedent in EU law: the linguistic aspect’ on Saturday, 5 December 2015 from 10 am to 4 pm at the Dun Library, Dublin, Ireland.

The development of a de facto precedent in EU law has recently been the subject of significant academic debate, centering around questions of what it means for a supreme court to ‘make law’ and when it is possible to say that its decisions are ‘precedents’.

While there is no official doctrine of precedent in EU law, the Court of Justice of the European Union does on occasion appear to regard its previous decisions as establishing law that should be applied in later disputes: ‘tying down’ national courts without establishing a formal hierarchy in the strict sense.

There is, however, one important aspect of the development of a de facto precedent in ECJ judgment which has been thus far largely overlooked in the literature: the linguistic aspect. The notion of ‘precedent’ in any court is the product not only of a conscious jurisprudential strategy, but is also produced by the mechanics of jurisprudential drafting.

The pleadings, observations, and other documents which inform those judgments undergo many permutations of translation into and out of up to 23 different languages, and the ‘authentic’ versions of those judgments, as presented to the outside world, are for the most part translations.
Questions considering the approximation inherent in translation, how consistently formulaic techniques in the drafting language (which go to the development of precedent) can be carried over to translated versions, and how to ensure the uniform reception of ECJ judgments across 28 member states are all relevant to any consideration of a de facto precedent in EU law.

This workshop seeks to address the gap in the literature by bringing together scholars from the fields of language/linguistics and law, as well as practitioners, to consider to what extent language may affect a de facto precedent in ECJ judgments.

The workshop forms part of the European Research Council funded project ‘Law and Language at the European Court of Justice’.

The workshop is free but spaces are limited so attendees are asked to register here. If the event is sold out, please email icel(at)tcd.ie to avail of a reserved space.

Thanks to Dr Karen McAuliffe for making me aware of the workshop.