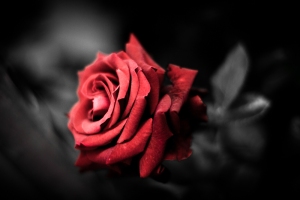 A very wry Monday smile today, involving employment disputes – not at all funny for the employees concerned.

But let’s start with a little Shakespeare…

“What’s in a name? That which we call a rose / By any other name would smell as sweet.”

But not in these cases…

Last Thursday’s edition of the French newspaper Le Figaro included a piece on a young sales executive in Toulouse whose trial period was not extended on the grounds that her first name (Marion) could be confused with another employee with the same name. When Marion (2) refused to change her name to Marie, her contract was terminated. Written evidence from the local job centre (Pôle Emploi) can be found on the France 3 Midi-Pyrénées website, together with a short video clip.

Le Figaro goes on to discuss the points of law, and to give another example. In 2007, a case was heard by the Court of Appeal of Aix-en-Provence involving a retirement home. A worker called Mohamed had been required to change his name to Laurent. At the time of signing his contract of employment, four workers at the home had the same forename. The case went on to the Court of Cassation, which found discrimination had occurred and awarded damages.