Today, dear readers, I offer you a report from the conference “Law, Language and Professional Practice“, held last week in Caserta, near Naples, Italy, and attended by delegates from every continent. The book of abstracts can be downloaded from the conference website.

I have made a subjective selection of presentations, aiming to give you an idea of the wide range of topics covered. The conference was attended by scholars, advocates, translators, interpreters, teachers of legal language, and government officials, amongst others. 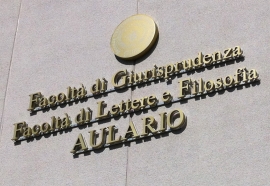 Significantly, I feel, it was organized by the Faculty of Law – demonstrating the increasing interest in language(s) on the part of the legal field. Indeed Girolamo Tessuto, the Conference Chair, had 15 years’ experience as a conference interpreter before returning to an academic role. There is hope for those bridges I keep talking about!

Space unfortunately allows me to do no more than give you the tiniest taster of the subjects discussed. However, the full proceedings of the conference are to be published at a later date for those who are interested. 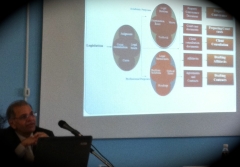 Professor Bhatia rendered a very complex subject – that of discursive performance, genre theory and relationships with professional practice and culture – accessible and eminently digestible, and made liberal use of crystal clear visual aids. He described the importance of researching interdiscursivity – giving an example of company reports in which we find accounting, financial, and legal (disclaimer) discourses, as well as, increasingly, that of public relations. He underlined how the text is part of a “con-text”, and how the “ideal world” of legislation intersects with the “real world” of judgments.

Using the Registration of Clubs Act 1904 from Ireland, Professor Bhatia also demonstrated alternative ways to draft – from the most complex to the ‘plainest’ language, showing that where very simple versions of legislation are enacted, power is in fact then transferred to the judge to interpret the law, whereas in more complex versions, power will rest with the legislator. 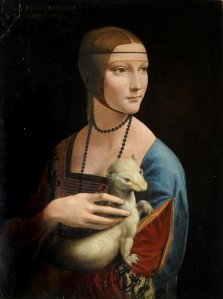 Taking as his starting point the myriad ways in which the international visitors seeing Da Vinci’s Lady with an Ermine at the National Gallery recently must have interpreted the painting, Professor Roebuck’s fascinating talk made us consider the subjectivity of any legal concept.

Using the analogy of “whiteness”, he described how this animal is known by different names (stoat/ermine, weasel with adjectives) even in countries speaking the same language (England and America); how its colour differs depending on the time of year (it is not white all year long) and how, for those in different hemispheres, that very time of year does not correspond. The tip of its tail always remains an exception, since it never turns white.

He brought tears to my eyes with his description of the “president of peace” – an unlettered former butcher in Turkey who has resolved over 400 feuds through exercising his simple but effective form of justice. He concluded that “we should do nothing by defining reality to prevent such resolutions”.

Professor Roebuck’s plenary was marked by an elegant eloquence which is all too rare today.

From the very outset, Professor Archibald demonstrated his profound understanding of the translator’s ‘coalface’, stating how important it is that translators participate in drafting, in order that they do not simply intervene at the end of the process but at the beginning – “so that issues of meaning and transferability can be dealt with from the outset”. 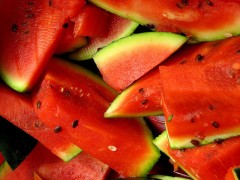 He described how he asks student translators to “unpack” texts, even down to punctuation, so that they access the “sensum“, as described by St Jerome, in order to understand the implicit meaning of the text. In particular he cited “politèmes” – those words which are subject to debate and which are so “slippery” that, “like watermelon pips they would go off in different directions if put between your fingers”.

Professor Archibald went on give an fascinating insight into the transposition of the Universal Declaration of Human Rights.

This presentation described a corpus-based study of insurance adjustments, examining the legality of adjuster practices and how they encroach on courts’ responsibilities – several examples were given to show how the adjusters use their position to influence proceedings in favour of insurance companies – through leading questions, topic management, name repetition and other stratagems. In fact it transpires that they make their supposedly neutral information-gathering interviews resemble police interrogations/depositions.

Should a legal order admit English as an official language used in Court?

Prof. Dr. Herbert gave us an extremely thought-provoking talk on a pilot project, now a draft law, in Germany, to establish special chambers where oral proceedings can be optionally conducted in English. The initiative is the result of the current ‘competition’ between States to host international litigation. Prof. Dr. Herbert gave an overview of the pros and cons of the project – in its favour a more comprehensive service is provided, and the attractiveness of the country increased, whereas the arguments against are several. They include: possible violation of the right of citizens to understand a trial, discrimination against other EU languages, the threat to the diversity of legal cultures, and translation issues. Clearly there are potential advantages for the German Government – court and lawyers’ fees as income, an enhancement of its position as an exporting nation, and increased practice in interpreting international law.

On Judgement in Judgments

This talk presented a comparative study of criminal judgments in Italian from the Corte Suprema di Cassazione, and in English from the Supreme Court of the United States. The researchers examined phrases such as “the fact that”, “il fatto che” “the view that”, “la valutazione che“, amongst others, looking at how (dis)similar their meanings were and whether they were used “with a negative or positive polarity” in the two different languages. The use of corpus software enabled their use in context to be examined closely and methodically, for example by looking at the concordance lines for the various phrases.

Professor Wehrli treated us to a very humorous account of the (surprisingly) rather anarchic situation in Switzerland as regards languages and the law. A particularly telling example was a case in which the binding law of the contract was English, the plaintiff spoke French, the defendant was Italian-speaking Swiss, and the trial took place in German-speaking Bern (!!). Italian is not an official language of the Canton of Bern (German/French) and the locals use a non-uniform Swiss-German dialect rather than standard German. This incredible state of affairs results from the Federal right to use any language in legal proceedings and the fact that different Cantons and different Communes have divergent positions on officially accepted languages. 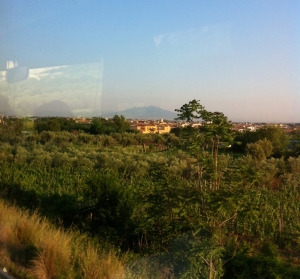 And so the beautiful Neapolitan sun sets on Part 1 of this report.

You may be interested to read Part 2 of this report.

P.S. A special thank you to the people who came to tell me that they were at the conference having seen it on this blog. It was a proud moment! I guess some people blog for themselves alone, but it’s not my case!

6 thoughts on “Reporting from Caserta – Part 1”