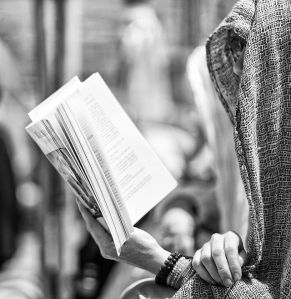 There have been quite a few books published recently on the subjects of translation, interpreting, language and related subjects, so I thought a post collecting them together might be in order.

Please do send in any more that you know of, including (and especially) in languages other than English.

The Language Game by Ewandro Magalhaes

Publisher’s synopsis: The door to the booth has been opened. Come on in. Make yourself comfortable. Put on the headset. Listen to the voices. Contemplate the gestures through the booth window. Let yourself be the interpreter. You will come to see communication in a different light. Using your imagination, you may be surprised to see reflected in the glass a familiar face looking back at you. Maybe you will even hear, above it all, the unmistakable sound of your own voice.

Dancing on Ropes by Anna Aslanyan

Publisher’s synopsis: Would Hiroshima have been bombed if Japanese contained a phrase meaning ‘no comment’? Is it alright for missionaries to replace the Bible’s ‘white as snow’ with ‘white as fungus’ in places where snow never falls? Who, or what, is Kuzma’s mother, and why was Nikita Khrushchev so threateningly obsessed with her (or it)?
Join veteran translator Anna Aslanyan to explore hidden histories of cunning and ambition, heroism and incompetence. Meet the figures behind the notable events of history, from the Great Game to Brexit, and discover just how far a simple misunderstanding can go.

Publisher’s synopsis: Trumpspeak is a witty, no-holds-barred assessment of Trump’s mastery – or otherwise – of English and a thoughtful consideration of the ethical issues involved in translating someone you are at extreme odds with. Nearly two decades into her career as a press translator, and after eight years of Barack Obama’s refined rhetoric, Bérengère Viennot was shocked to have to start thinking about how to Frenchify Donald Trump’s bigly mangled syntax.

Over the past few decades, we have reached new frontiers of linguistic knowledge. Linguists can now explain how and why language changes, describe its structures, and map its activity in the brain. But most of us know as much about language today as we did about physics before Galileo, and the little we know is still largely based on folklore, instinct or hearsay.

Linguist David Shariatmadari takes us on a mind-boggling journey through the science of language, urging us to abandon our prejudices in a bid to uncover the (far more interesting) truth about what we do with words. Exploding nine widely-held myths about language [including “You can’t translate this word”] while introducing us to some of the fundamental insights of modern linguistics, David Shariatmadari is an energetic guide to the beauty and quirkiness of humanity’s greatest achievement.

Publisher’s synopsis: Writing and revision are two different skills. Many scholar-writers have learned something about how to write, but fewer know how to read and revise their own writing, spot editorial issues, and transform a draft from passable to great. Drawing on before and after examples from more than a decade as a developmental editor of scholarly works, Pamela Haag tackles the most common challenges of scholarly writing. This book is packed with practical, user-friendly advice and is written with warmth, humor, sympathy, and flair.

Publisher’s synopsis: The semicolon. Hated by Stephen King, Hemingway, Vonnegut and Orwell, and loved by Herman Melville, Henry James and Rebecca Solnit, it is the most divisive punctuation mark in the English language, and many are too scared to go near it. But why? When is it effective? Have we been misusing it? Should we even care? In this warm, funny, enlightening and thoroughly original book, Cecelia Watson takes us on a whistle-stop tour of the surprising history of the semicolon and explores the remarkable power it can wield, if only we would stop being afraid of it.

Because Internet by Gretchen McCulloch

Publisher’s synopsis: Because Internet is for anyone who’s ever puzzled over how to punctuate a text message or wondered where memes come from. It’s the perfect book for understanding how the internet is changing the English language, why that’s a good thing, and what our online interactions reveal about who we are. […] Internet linguist Gretchen McCulloch explores the deep forces that shape human language and influence the way we communicate with one another. She explains how your first social internet experience influences whether you prefer ‘LOL’ or ‘lol’, why ~sparkly tildes~ succeeded where centuries of proposals for irony punctuation had failed, what emoji have in common with physical gestures, and how the artfully disarrayed language of animal memes like lolcats and doggo made them more likely to spread.