The Brussels Times noted this week that “a farmer from the Walloon municipality of Erquelinnes has made international headlines after he accidentally moved the French border, making Belgium ever so slightly bigger in the process”.

“The accidental invasion – by around 7.5ft according to reports – came after the farmer decided to move the 150 kg stone marker, his French neighbour told local media.” The Belgian farmer, apparently irritated by the stone in his tractor’s path, had moved it inside French territory.

Instead of causing international uproar, the incident has been met with smiles on both sides of the border. 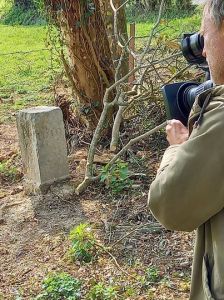 “Commenting on the incident, David Lavaux, mayor of Erquelinnes explained that ‘the 1819 boundary marker has been moved, Belgium and our commune have been enlarged; the French do not agree, of course. We will have to put things back in place’.”

The BBC reports that “local Belgian authorities plan to contact the farmer to ask him to return the stone to its original location. If that does not happen the case could end up at the Belgian foreign ministry, which would have to summon a Franco-Belgian border commission, dormant since 1930.”

The mayor told reporters that the farmer could also face criminal charges if he failed to comply.

“If he shows good will, he won’t have a problem, we will settle this issue amicably,” he told Belgian news website Sudinfo.