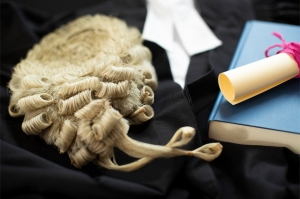 The English Law Society’s Gazette recently published news of some new research on legal language. The article notes that “‘With respect’ can be one of the rudest phrases in the English language.

The Gazette adds: “Now it’s official, thanks to research by linguistic academics. Their source is the language of the appellate courts, in particular transcripts of the Supreme Court hearings in R v Secretary of State for Exiting the European Union.”

Moreover, “‘respectfully’ addressing a judge may be a gentle reminder that ‘m’lud’ is talking rubbish”. 😊

You find the Gazette column here, and the Journal of Pragmatics paper by Wright et al. can be found here. A further Gazette article is cited in the research – with the following advice for young advocates…

Judge: ‘I hear what you say.’ This is the signal, effectively, to stop talking and shut up.

Judge: ‘And your next point is?’ This is an open invitation for you to move on and do so as soon as possible.