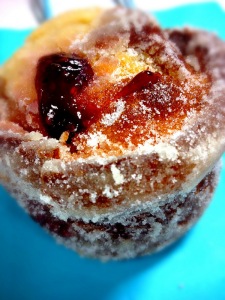 Following hot on the heels of cronuts, zonuts and doissants, I have discovered Duffingate – described as a a ‘David and Goliath’ trademark dispute between a small London bakery and Starbucks. It even inspired its own Twitter hashtag.

The “duffin” is a combination between a doughnut and a muffin. Starbucks launched their duffin having trademarked it, but almost immediately were swamped with complaints because a small independent bakery in London, Bea’s, had been selling duffins for several years.

Following the furore that ensued, Starbucks issued a statement promising not to stop Bea’s from selling their duffins.