With the media frenzy going on at present, it seemed apt to dig out a rather (unusually) good headline from the British newspaper The Sun, in the millenium year 2000, which reported on an attempted diamond robbery.

A gang of local London thieves had tried to ram an exhibition of diamonds by the well-known company De Beers, using a bulldozer. 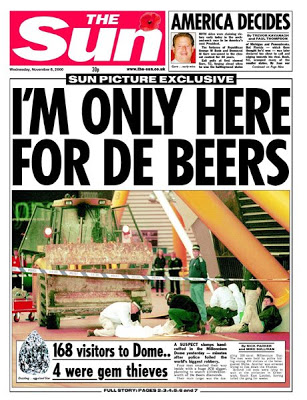