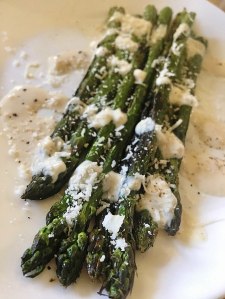 Official gazettes are not usually light reading. 😋 However, in Belgium recently, the Moniteur Belge hit the headlines all over Europe thanks to a recipe for asparagus and cheese gratin finding its way into the text.

It seems that when updating an Arrêté royal amending an earlier law on the price of medicines, somebody managed to accidentally paste in a recipe for Asperges au gratin. 🤣

The blip was discovered by a Brussels lawyer Morgan G. Moller @morganmoller who lost no time in tweeting about it, and added that he was thankful for the light relief. 😂

By the way, if you think this is the first time asparagus has been under the legal spotlight, think again! In 2013/4, the Attorney General had a spat with Texas Congressman Louie Gohmert… In the first round, the Congressman said:

The attorney general will not cast aspersions on my asparagus.

Fast forward to the second round, and the Attorney General retorted one year later (yes, really):

Good luck with your asparagus.

Gohmert later explained that he had been quoting Percy Foreman, a criminal defense attorney who “was incredible in the courtroom, and when somebody started attacking his integrity, he stood up and said, ‘I object. He’s casting aspersions on my asparagus.’ And people would scratch their heads, but it brought down the level of the rancor“.