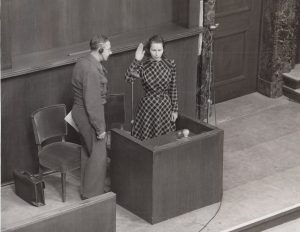 Setting foundations for fairer trials for all in Greece through dialogue and reforms of court (and legal) interpreting was the subject of a conference organised by SYDISE (Hellenic Association of Court Interpreters) in Athens.

This has become an even more pressing need following the refugee crisis and the arrival of a large numbers of foreign nationals in in Greece. Correct interpretation is the only way to ensure a fair trial to everyone irrespective of their native language or origin.

Mostly interpreters are not given the opportunity to study the court brief, which makes their work even more difficult. SYDISE believes that, following the example of countries such as Switzerland, Germany and the US, only trained interpreters having passed relevant exams should be included in the registry of court interpreters.

Despite interpreting being an extremely demanding line of work, the Greek state has set the bar low in terms of qualifications, and fees paid to court interpreters are similarly low, resulting in the quality of court interpretation being far from satisfactory. In Greece, court interpreters are not required to have any training, which is a prerequisite in other countries. Their working conditions are unacceptable.

Videos of the conference, held one year ago, have just been released, and you can watch them through the SYDISE website here.

The image shows a former inmate at Ravensbrück concentration camp testifying at Nuremberg Medical Trial (work in the public domain as being prepared by an officer or employee of the United States Government as part of that person’s official duties under the terms of Title 17, Chapter 1, Section 105 of the US Code).