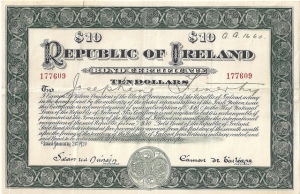 The Association for Financial Markets in Europe (AFME) makes available online a Glossary of Bond Terms in English, French, Italian, German, and Spanish.

AFME was formed in November 2009 through the merger of the London Investment Banking Association (LIBA) and the European arm of the Securities Industries and Financial Markets Association.

The glossary is quite extensive, and arranged in alphabetical order in the five languages. My only complaint is that it would be nice to see terms linked between languages to make navigation faster.

See what you think here.

You might also be interested in last week’s post with a glossary on investment funds, or this post from 2013 listing a collection of glossaries from central banks & more, or this one on Swiss financial markets legislation.