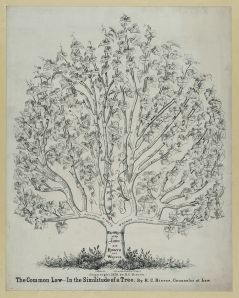 To add to recent posts on access to national legislation, here is the UK: http://www.legislation.gov.uk/. Do click to enlarge the picture on the right – a beautiful depiction of Common Law (in my opinion) from the Law Library of Congress archives.

‘Revised’ means that amendments made by subsequent legislation are incorporated into the text. Most types of secondary legislation are not revised and are held only in the form in which they were originally made.

You may also be interested in two other posts: New Zealand legislation, and a Law Library resource with links to the legislation of 12 countries.