The Paul-André Crépeau Centre of Private and Comparative Law at McGill University in Montreal makes available its Private Law Dictionaries and Bilingual Lexicons.

I am delighted to inform you that the Second Edition of European Contract Law by Hein Kötz – showing the translators’ names on the cover 😉 has just been published by Oxford University Press.

It is available as a hardback and also as an Ebook.

END_OF_DOCUMENT_TOKEN_TO_BE_REPLACED

It is intended for legal and certified translators, lecturers and researchers in the field of Legal Translation Studies, and for comparatists and notaries public wishing to consolidate their thematic competence on civil law and, specifically, on French and Spanish notarial and inheritance law. END_OF_DOCUMENT_TOKEN_TO_BE_REPLACED 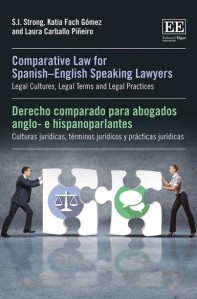 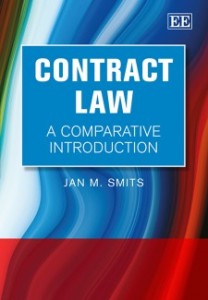 I’m sure that many of you will be interested in a book published in 2014 by Edward Elgar Publishing entitled “Contract Law: A Comparative Introduction“. The author is the estimable Jan M. Smits, Professor of European Private Law, Faculty of Law, Maastricht University, The Netherlands.

“This book offers a unique introduction to contract law by means of a comparative approach. It treats contract law as a discipline that can be studied on the basis of common principles and methods without being tied to a particular jurisdiction or legal culture.”

END_OF_DOCUMENT_TOKEN_TO_BE_REPLACED

The French Conseil d’Etat has made available, online, the full video recording of the inaugural symposium in a series entitled “Droit comparé et territorialité du droit“.

END_OF_DOCUMENT_TOKEN_TO_BE_REPLACED

Every industry has its own specialized terms – and the world of cheese is no exception. A glossary is always helpful for ‘outsiders’ too.

A research project originating in Ireland even carried out a terminological study on one particular cheese – Cheddar.

But, I hear you cry, what on earth is the connection with comparative law? Well, dear readers, for the answer… read on!

END_OF_DOCUMENT_TOKEN_TO_BE_REPLACED

A few weeks ago, I was invited by Jonathan Goldberg of the blog Le mot juste en anglais to review a paper, Les conceptions juridiques du harcèlement sexuel en France et aux USA – Avant et après l’affaire DSK¹, comparing the way in which the law sees sexual harassment in the United States and in France. I am thus in the slightly odd position of reviewing a paper originally written in English, but finalized in its French version, where my review itself is to be written in both English and French! Anyway, back to the point.

One of the opening statements in Abigail Saguy’s article is the affirmation that the Dominique Strauss-Kahn (DSK) scandal could only have erupted in the USA². She then analyses the laws, legislative debate and case law over a period from the 1960s (in the US and rather later in France) to the present, in support of her argument that the scandal has also changed the “political and legal landscape” and “might influence the way in which France deals with sexual harassment cases in the future”.

END_OF_DOCUMENT_TOKEN_TO_BE_REPLACED

Following two previous posts in late August (part 1 & part 2), today I would like to end my report on the Canterbury conference “Comparative Law: Engaging Translation” with a summary of Professor Gémar’s keynote talk. 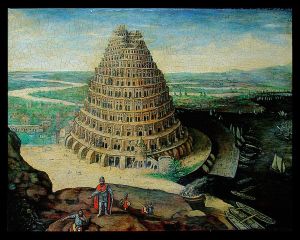 The highly eminent Professor Gémar treated* us to “21 ways to look at translation” (both general and legal). It was a whistle-stop tour of more or less every important issue for translators and translation. These are the main points only – the full paper will be published in the conference proceedings.

Professor Gémar concluded with some enlightening statements and citations: “to translate is to seek truth without the expectation of resolution”. “Language signs [are…] far more mysterious than atoms and stars”. “A translation, particularly a legal one, is but an approximation, if not a compromise”. “This quest for equivalence is […] for the translator, a herculean effort and task”. “How can we translate into French or Spanish (or whatever language) Mary Poppins’ supercalifragilisticexpialidocious? We shouldn’t even try!”

*and it was a real treat – if you have the opportunity to hear him speak in person, don’t miss the chance.

You might also be interested to listen to a recording of Professor Gémar speaking (in French) at the University of Montreal in their conférences midi series, entitled “Traduire le droit: de la traduction juridique à la jurilinguistique – Texte(s), culture(s) et équivalence”. Click to access the video.

I hope you will enjoy this second post on the conference “Comparative Law: Engaging Translation”, once again, a subjective selection that may be of interest to you. You can find the first post here.

Legal translation and the ‘Contamination’ of Comparative Legal research

As you can see from the title, Cornelis Baaij talked about the translator as a contaminant. Before the translators reading this start preparing to lynch him 🙂 I must add a caveat – he was talking about a very specific situation – the context of comparative legal research.

In brief, Baaij argues that a target-oriented approach to legal translation in the above case is not useful – that any efforts on the part of the translator to “tailor-make” the text for its audience will hinder the comparative lawyer in their task of understanding a foreign legal system. He therefore advances a literal approach – exposing the “foreignness” of the text.

Whether you agreed with his propos or not, it was certainly a very stimulating talk!

END_OF_DOCUMENT_TOKEN_TO_BE_REPLACED

WordstoDeeds Masterclasses 2021 – Still time to book for the remaining 3 in the series!

From Words to Deeds: translation & the law
Blog at WordPress.com.
Loading Comments...